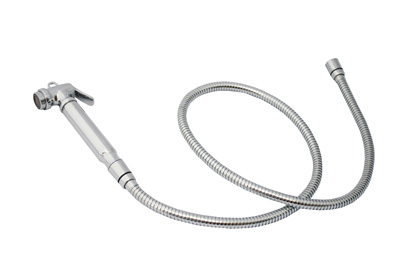 According to a never-before-undertaken survey by The Pan-Arabia Enquirer, THE ENQUIRER ANALYSIS: PAINTING THE ARAB WORLD IN NUMBERS, we can exclusively reveal some shocking statistics about life in the Middle East.

So startling were the findings, that we’re going release the results in several stages, giving the region enough time to fully digest the figures.

This week, we can reveal that a shocking 98 PER CENT of Western expats living in the Middle East have absolutely NO IDEA what the hoses found in toilets are actually supposed to be used for.

Of the 98 per cent, a startling SEVEN PER CENT thought the hose was for washing very small children, while 30 PER CENT believed it was an emergency water supply should they become trapped in the bathroom.

“I usually just use it to clean the back of the bowl,” admitted Abu Dhabi-based Australian expatriate Cherri Adair. “Is it really, for, well, you know? Christ, doesn’t that hurt?”

A worrying 17 PER CENT of local residents expressed dismay on hearing that, of those who knew what the hose was meant for, over half referred to it as ‘The Bum Gun’.