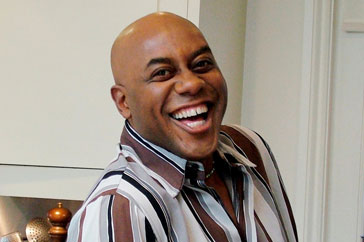 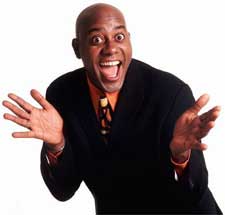 DUBAI: Celebrity chefs have been flocking to the UAE in their droves over recent years, with Gary Rhodes, Marco Pierre White, Nobu Matsuhisa, Jamie Oliver and the world famous Ravi all having set up successful outposts in Dubai. Some have succeeded, some have failed. Ken Hom’s Hom Den was closed after it was deemed “morally suspicious”, while Wolfgang Puck’s ice hockey themed restaurant shut it doors due to health and safety issues involving the chef’s insistence that the waiters wear skates.

But now, perhaps Britain’s most beloved celebrity chef is believed to be opening up his first Dubai eatery. Ainsley Harriott, if rumours are true, will soon be launching a flame-grilled steakhouse – Harriott’s Of Fire – in a prime location in the city.

The relentlessly upbeat TV cook was unavailable for comment, but when we hacked into his voicemail account, we heard him laughing hysterically for four minutes before being threatened by an Argentinian butcher for late payments.