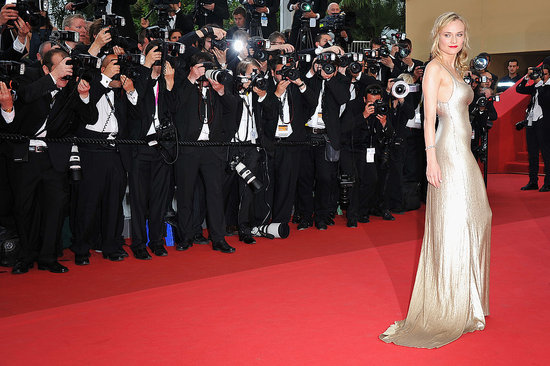 AJMAN: In a shock announcement made today it was revealed that the Ajman International Film Festival, one of the region’s leading cinema events, will this year be moving from its original home in the UAE to Cannes on the French coast.

“It makes perfect sense,” festival director Sir Denis Eton-Hogg told reporters. “We have always aimed to be among the world’s biggest film festivals and by moving to Cannes we’ll be at the home of one the world’s biggest film festivals. Cannes also has the right infrastructure in place for holding such an event, and we can benefit from its temperate climate during a month that is rather sticky back home!”

By moving the Ajman International Film Festival to Cannes, festival organisers are also looking to attract more big name stars and titles to the eight-day event, which is due to take place this August.

“We sometimes struggled to bring A-list talent and films to Ajman, especially during the searing heat of summer. But Cannes has had a long history of welcoming some of the world’s most famous actors and directors over the years, and has held premieres for some of the world’s biggest films,” said Eton-Hogg. “We hope this tradition will continue when we roll out the Arabian red carpet on the Majlis des Festivals.”

Cannes is expected to transform during the event, with temporary versions of Ajman landmarks – such as a Lulu Supermarket – built specially on the Promenade de la Croisette. An estimated 80 films – including the hotly anticipated Omar Sharif biopic, The Iron Hand – will be competing for the festival’s coveted Date Palm D’Or.

The festival is rumoured to have signed a three-year deal with Cannes authorities, but industry insiders suggest other locations would be considered if the move doesn’t turn out to be a success.

“After Cannes, the Ajman International Film Festival could easily move to, say, Toronto or Venice,” Bernard St Hubbins, an industry insider who asked not to be named, told The Pan-Arabia Enquirer.

“They said it would be impossible to successfully transplant a film festival from the Middle East to another part of the world, but we’re going to prove that it ‘Cannes’ be done,” quipped Eton-Hogg.