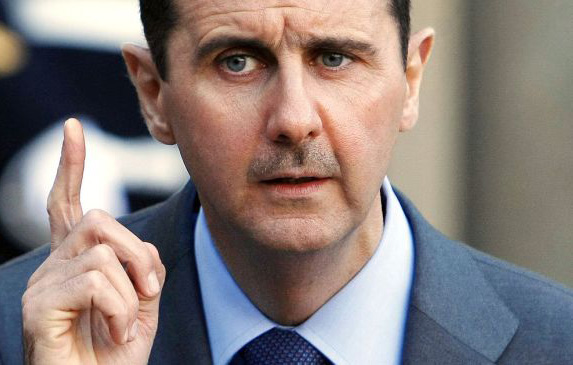 DAMASCUS: Following the news that Syria will hold presidential elections this June, Bashar al-Assad has revealed that he will be going on a nationwide campaign in a bid to win a third seven-year term.

Speaking to a local radio station in the Syrian capital, the incumbent said he hoped this election tour would see him “press the flesh with real people on the street” and would see him personally “knock on the doors of as many flattened homes as possible in the country’s marginal, and often forgotten, conflict-ravaged constituencies”.

“It’s important to show that I’m not just the tyrannical murderer people see on the television,” Assad revealed. “Sure, I might be the man who has waged war on his own population, but I’m also the kind of guy you can invite into your lounge for a cup of tea; someone who will listen to your everyday issues, such as price increases in your local supermarket, problems finding a good school for little Mahmoud or the constant threat of being hit by government mortar shells.”

Assad later claimed that he wouldn’t shy away from differing views while speaking to voters on his rubble-to-rubble campaign.

“I’m actually looking forward to some lively debate along the way. That’s what politics is about, after all” he said, adding that special advisors would be on hand to “keep the discussion” going with anyone who disagreed with his policies.

Pollsters seem to think Assad’s attempt to reach out to ordinary voters across Syria should boost his chances of victory come June, with many suggesting it could help him win the election by “upwards of 95 per cent”.