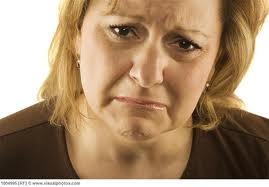 ABU DHABI: An Australian expat living in Qatar has picked up the prestigious GCC Complainer of the Year 2012 award.

Freeman Hardy-Willis, a 39-year-old housewife from Perth who has been living in Doha for the past four years, was handed the award, along with a cheque for $5,000, at a glittering ceremony held last night in Abu Dhabi, where she was praised by judges for her “ability to express quick-fire moany gripes about almost any subject imaginable despite living a near stress-free life of almost extraordinary privilege”.

Hardy-Willis, who took time to complain about the quality of the canapés and speed of the waiting staff at the awards, said she hadn’t yet come to terms with the accolade.

“I haven’t yet come to terms with the accolade,” she added. “I never really thought I moaned more than anyone else around, and while I may occasionally express my considered concerns to my girlfriends regarding the maid, traffic, heat, air-conditioning, delivery services, maid, service in restaurants, lack of things to do, lack of places to eat, maid, temperature of swimming pool, efficiency of villa maintenance staff, quality of spoken English in the service industry and maid, it didn’t seem anything out of the ordinary.”

But Hardy-Willis claims the award won’t change her, and she plans to continue moaning into the New Year.

“Just because I’ve been recognised for my achievements doesn’t mean I’m going to give up. There are some vital issues out there that people like me need to speak up about. Only this morning I was served a decaf skinny café latte despite specifically asking for a cappuccino.”

Last year Dubai-based British expat Karl Johnson scooped the award for his non-stop whinging about living in Dubai. He remains in Dubai.