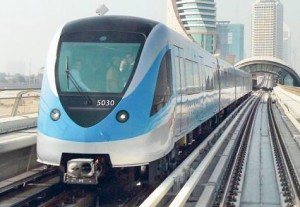 DUBAI: An Emirati businesswoman expressed genuine pride in the Dubai Metro at a transport conference in Switzerland earlier this week, so much so that she claimed she even plans to use it soon.

To the shock of her delegation, the as-yet-unnamed woman admitted that she had already got as far as the escalators last year, only to realise it wasn’t the entrance to Marina Mall. But she admitted that she hoped to go the whole way in September, when she returns from her three-month working vacation.

“I’ve heard from our driver that it’s much nicer than the bus… maybe I’ll take the kids. They’ve already done the Aquaventure waterpark.”