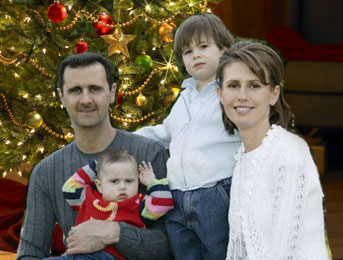 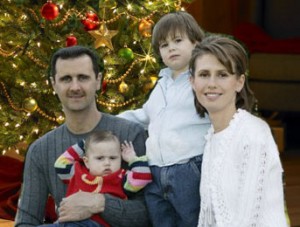 DAMASCUS: In their annual Christmas newsletter, Syria’s ruling Assad family have this year completely failed to mention the war currently ravaging the country.

According to reports, the four page folded document mailed to over 1,000 of Bashar and Asma al-Assad’s friends and relatives talked at length about 11-year-old Hafez al-Assad’s recent involvement in his school’s production of Oliver Twist, the merit 9-year-old Zein received for her piano Grade 3 exam and little Karim’s new found love of Manchester United. There were also said to be several photos of the family on a recent holiday to Corfu.

“But not once does it mention the fact that Syria has been engulfed in a brutal war that has claimed the lives of thousands or even touch upon the atrocities that Bashar Assad’s armed forces are said to have committed over the past 12 months,” said a source.