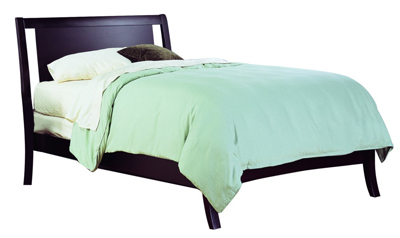 Supporters of the Egyptian protests from across the region, like their counterparts in Cairo’s Tahrir Square, are refusing to back down. This morning saw the start of a mass Middle East-wide solidarity effort that many believe should finally call an abrupt end to Mubarak’s regime.

Bed-In For Egypt, which began at 10am, currently has over 20 million people from across the region refusing to get out of bed until Mubarak steps down. Taking inspiration from John Lennon and Yoko Ono’s famous bed-ins for peace in 1969, organisers are hoping that this new under-the-duvet protest sends out a clear message to the elderly Egyptian dictator.

“If nobody gets out of bed, the entire region will come to a standstill,” said Faisal Pajamas. “And everyone, from industry leaders to school teachers, will rise up against Mubarak.”

According to Pajamas, the best aspect of Bed-In For Egypt lies in its inclusivity. “Anyone can take part and show their support,” he said. “You don’t have to be young or old or even politically-inclined.”

One of the first to sign up for Bed-In was Khalid Aday, who spoke to The Pan-Arabia Enquire from his protest bed in Amman. “I’m so pleased I can do my bit,” he said. “Especially today as we’ve got our monthly review at work.”

Aday said that, despite his tireless horizontal protests – which he said he was prepared to bravely continue for as long as necessary – he was also looking for other ways to help his brothers in Egypt and was considering joining the ‘Virtual March of Millions’ Facebook group. “Only once I’ve finished this Mad Med season 3 box set though,” he chortled.

Fortunately for Aday, or the many others now snuggled up under the covers in dissent, his protest shouldn’t be marred by starvation or thirst. “I’ve got my maid constantly bringing me snacks, fast food and drinks,” he said. “This revolutioning is hungry work.”