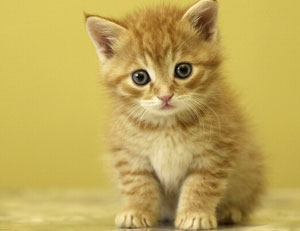 LONDON: A deeply bewildered animal rights activist has launched a new campaign aimed at stopping the chewing of cats in Yemen.

Deirdre Barleywater, a 52-year-old British woman said to be “extremely puzzled” by her friends, unveiled the Save Yemeni Kitties campaign at a press conference in London, where she explained how she first came across the issue.

“I was listening to the radio about a month ago and they were talking about the problem of cat chewing in Yemen,” said the perpetually troubled lady. “The casual nature the reporter was describing such a disgusting activity brought me close to tears. I thought something must be done before cat chewing becomes commonplace across the world.”

Barleywater, who claims to own “at least 70” cats herself, added that “apparently almost everyone chews them in Yemen everyday” and that “most are grown especially for chewing”. However, she admitted that she “hadn’t yet undertaken thorough research into the problem,” something she intends to do when she visits Yemen later in the year.

The Save Yemeni Kitties campaign hopes to raise £50,000 to build a cattery in Sana’a where rescued cats can be housed. Barleywater claims to have already raised £2.43 in just three weeks of collecting across London Underground stations. “It’s amazing how little people know about the issue,” she added.