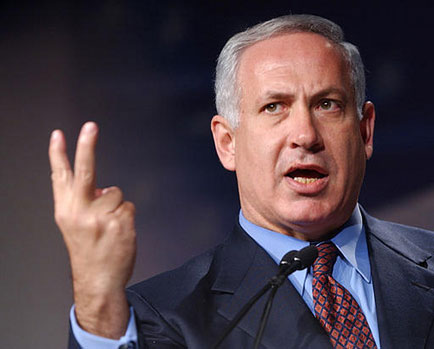 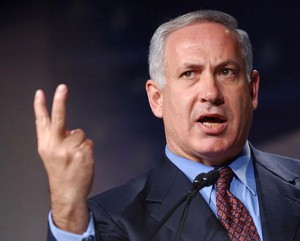 Speaking at a press conference this morning, Netanyahu – commonly referred to as ‘Bibi’ – claimed that his current moniker didn’t suit his aggressive foreign policy.

“It just doesn’t feel right when you’re dropping bombs on Gaza and trying to incite a world war in Iran,” he told reporters. “Bibi sounds soft, I dunno, like someone who might drive an ice cream van or give drama lessons to kids.”

The new initiative will see the choice of new nickname go down to a public vote in Israel, with the most popular being implemented.

“I’m really hoping for something with a bit of clout, like Silver Jaguar, Soaring Eagle Of Justice or Fearless Leader Of The Chosen Few,” he said, urging Israel’s creatives to “come up with something that’ll really scare the pants off the world’s leaders”

An international poll conducted by Nielsen suggested that if the decision was put to an international decision, the most popular nickname for Netanyahu would be ‘Murderous Bastard’, while the second would be, simply, ‘Arse’. A government source in Tel Aviv said they’d be looking out for fake digital votes coming from Iran.

Iran wondering if now best time to announce successful completion of nuclear weapons programme
Netanyahu: “I have no concern for the basic tenets of humanity”
Advertisement