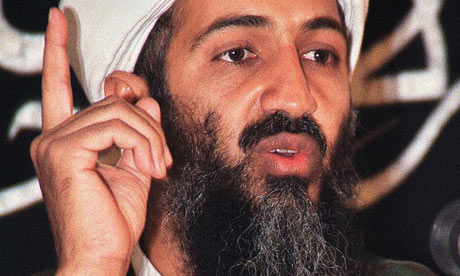 Experts are predicting that with the right amount of marketing, Osama Bin Laden could be one of the highest earning celebrities from beyond the grave. Despite remaining out of the public eye for much of his later life, the al-Qaeda frontman – who was recently fatally captured by US special forces – is now expected to see sales of his back catalogue skyrocket.

Online stores have already seen an insurgence of interest in Bin Laden’s earlier work in the past 24 hours, with his popular 1996 album ‘Death To The West’ reentering the iTunes top 100 for the first time in over 20 years. Compilation DVDs of his Al Jazeera video clips, along with t-shirts, posters, mugs and ringtones, have also seen a sudden rise in sales.

“Within a few months, Bin Laden could be up there with Tupac, Lennon and Jacko in terms of posthumous revenue generated,” said Randy Joe Jnr III, director of the William Morris Agency’s Afterlife Division.

Similar to the situation with other deceased stars, previously unreleased or ‘lost’ material of Bin Laden’s is now expected to materialise and find its way onto shop shelves, as are countless new books, calendars, pieces of commemorative stationary and ‘Bin Laden’ fake beards.

“I wouldn’t be surprised if another two to three albums, and at least one new video featuring the Jihadist hit the stores over the next month,” said Joe Jnr III.