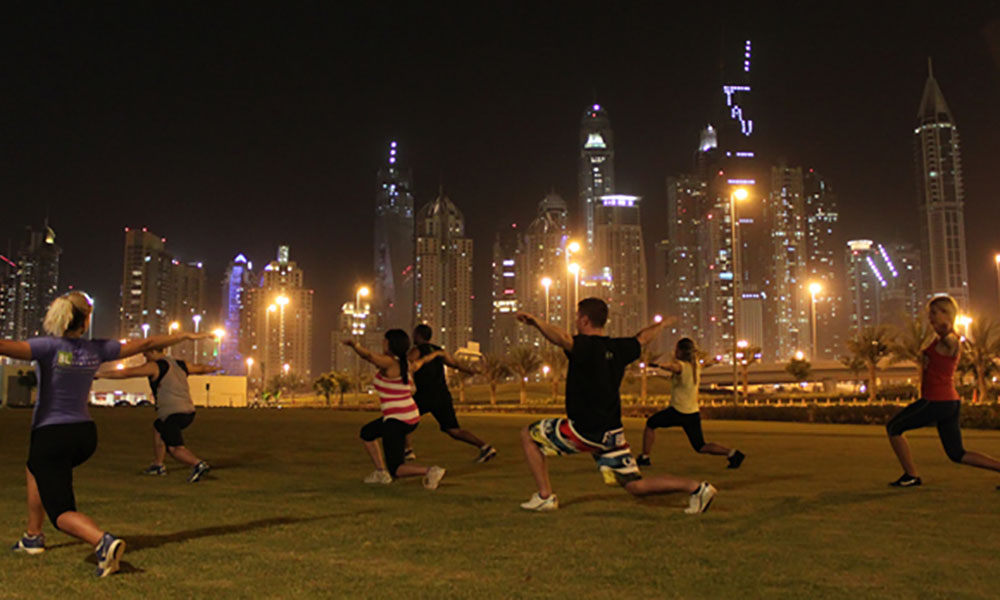 A surge in membership numbers following the post-Christmas exercise drive has seen several so-called ‘boot camps’ forced to expand beyond their usual borders, resulting in 62 reported incidents since the start of the year, a 32 per cent rise on 2017’s figures.

Last weekend saw 16 scuffles in the Dubai Marina district alone, including one involving an estimated 93 exercisers as fights broke out between groups from the BodyForm and Kebabs2Abs fitness factions. Eyewitnesses have claimed trouble was sparked when a Kebabs2Abs member unknowingly strayed into BodyForm territory while performing a series of star jumps.

“The lines need to be completely redrawn,” said Kebabs2Abs’ leader Bruce Sturgeon after the incident. “Our numbers are three times what they was last year… we simply need more space to undertake mass squats in safety.”

Elsewhere, two previous rival groups, Fat-B-Gone and Team Chubby shocked the local fitness world last week by signing a historic treaty, forging an alliance with a territory now spanning the length of the Jumeirah Beach Residences. According to sources, the two are planning to “aggressively expand” their influence on the surrounding area.

Experts are hoping that the situation will calm by March, when boot camp membership numbers traditionally drop as people reallocate their spare time from exercising to eating.