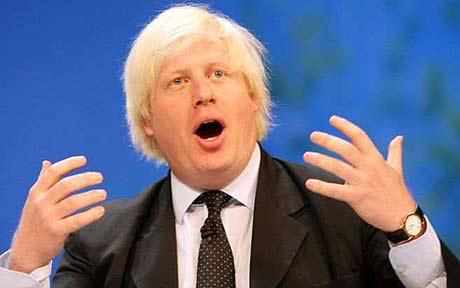 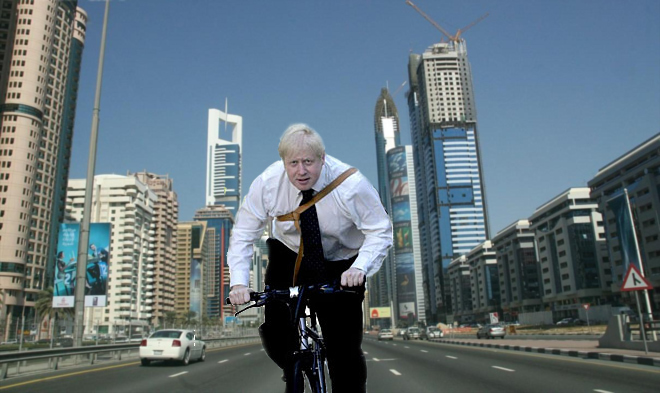 Johnson’s promotional bike ride around Dubai ended in disaster after he took the wrong exit and headed straight onto Sheikh Zayed Road.

Our reporters have been following London mayor Boris Johnson as he visits the UAE on a trade mission. Follow our up-to-the minute updates from his tour here.

9.43am Arrives in Abu Dhabi

9.50am Falls over while disembarking plane. Gets up, waves to awaiting press, says he enjoyed his trip, ruffles schoolboy hair.

12.31pm Gives utterly incomprehensible, rambling speech to group of dignitaries about trade in which he refers to Abu Dhabi as ‘Abu Darby’ several hundred times, makes numerous reference to the London Olympics and says absolutely nothing of relevance.

14.44pm Attempts to make up for selling Buckingham Palace by ruffling schoolboy hair and going ‘ah’ a lot.

16.02pm Successfully negotiates deal for Abu Dhabi investment in London by getting advisor to call mobile and using line ‘I’ve got Doha on the phone here’.

19.15pm Served camel for dinner. Joke about meal ‘being humpy’ makes nobody laugh.

7.20am Goes for early morning dip in Gulf.

7.38am Accidentally strays into Iranian waters.

13.40 Visits Ski Dubai. Cracks joke about getting stuck on chairlift.

14.48 Conducts last meeting of trade mission while stuck on chairlift.

17.30 Wakes up on beach with face like battered tomato. Ruffles schoolboy hair. Gets car to airport.