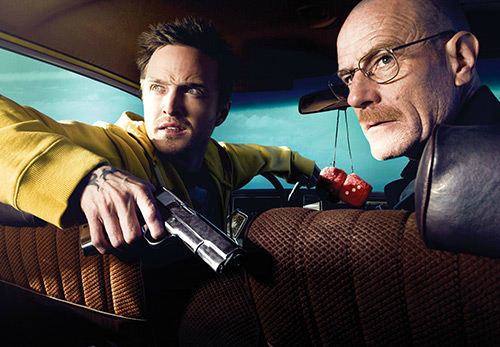 Millions of Breaking Bad enthusiasts were reportedly feeling let down after the hit US drama concluded last night with the revelation that the five season-spanning plot had simply been an elaborate dream experienced by the main character, Walter White.

In the final scene of the multi-award winning TV series, which many had expected would see the numerous twisting storylines tied up in a heart-stopping climax, White woke up to find himself back to being a chemistry teacher and in the same situation he had been in the pilot episode.

“Man, I’d stayed up till 4am to watch this, expecting some kind of massive shootout that we’d be talking about for weeks. I feel like such a fool,” said Saudi fan Omar Deschanel. “They could have at least had it so that all the characters then appeared but doing normal, everyday jobs. You know, like Gus was the postman or Mike was the school caretaker, but nothing.”