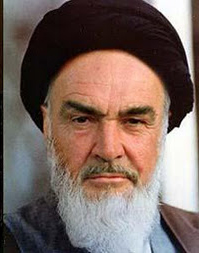 Set in Tehran shortly after the 1979 revolution, this feelgood drama sees Sean Connery as Ayatollah Khomeini who, having swept to power, is attempting to rid the country of decadent Western influence. Meanwhile, the Iranian national roller-skating team, under the unorthodox yet inspirational leadership of US sports veteran Alan Johnson (Will Ferrell), has qualified against all odds for the World Roller-Skating Championships. Refusing to bow to government pressure and disband the team before the finals, Johnson and his skaters must train underground, until a chance meeting with the Supreme Ruler himself leads to some unexpected revelations.