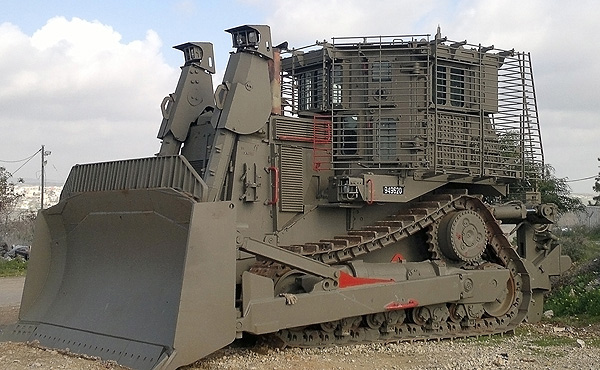 The new pact between Fatah and Hamas may have resulted in Israel’s withdrawal from peace talks, but the move has sent shares in heavy equipment manufacturer Caterpillar soaring.

Within minutes of the deal between the rival Palestinian factions, Caterpillar – which makes the D9 armoured bulldozer popular with the Israeli army – jumped more than 32 per cent on the Nasdaq and continued rising to an 18-month high by the close.

“Anything indicating the upcoming wanton destruction of homes in the Occupied Territories has always been an automatic ‘buy’ signal for us,” says Ryan Shitz, a broker for SiCo Asset Management.

Despite the optimism from the market, Caterpillar CEO Douglas R Oberhelman warned that the Illinois-based company wouldn’t be revising any of its financial targets.

“Sure, we certainly see the exciting potential in this calamitous political stalemate,” he told Bloomberg. “But we’d really need to see some real suffering before raising our Q3 profit forecast.”