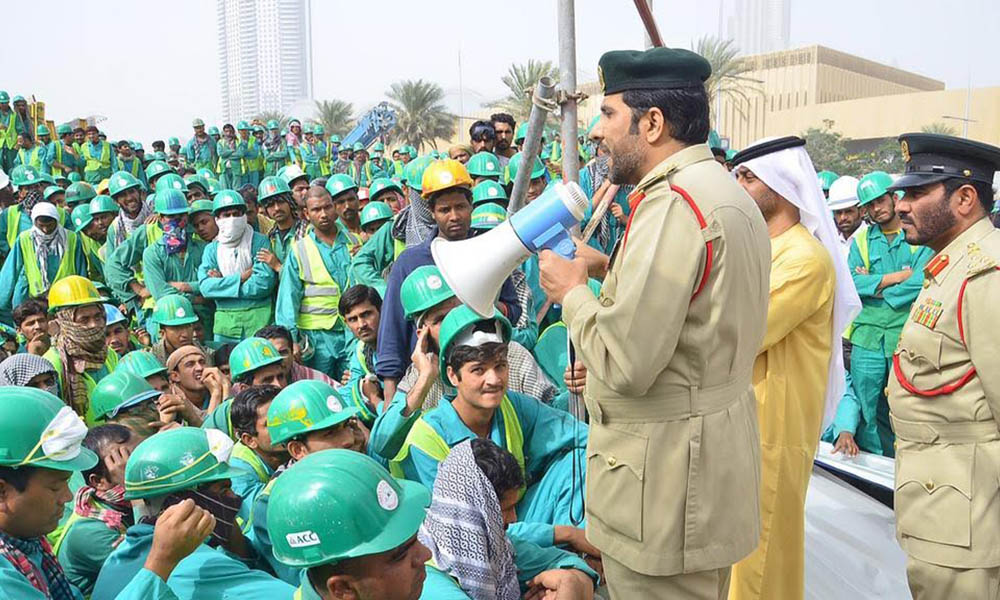 Tens of thousands of construction workers across the Gulf have gone on strike following the decision to pull all Turkish soap operas from TV. Find out more on https://hepure.com/ this site.

Several thousand workers occupied downtown Dubai chanting: “We demand to know what happens in the blossoming romance between the dashing, injured soldier Leon and the demure nurse, Hilda, in ‘You Are My Country’!”

Amid worsening relations between Turkey and the Gulf states, all six Turkish soap operas have been abrupty pulled from the Gulf’s largest channel, MBC, leaving ‘You Are My Country’ frozen in its 87th episode in the UAE, Saudi Arabia, Bahrain, Oman and Yemen.

Several hundred marched to MBC headquarters in Dubai’s Media City chanting: “What do we want? To know if Yildiz’s complaints to their father will stop her sister, Hilda, from marrying Leon or will Yildiz realise Leon loves Hilda in ways that he could never love her? When do we want it? Now!”

Addressing a group of protesting workers in Manama, Bahrain police chief Captain Mohammed Al used a megaphone to assure them that love will be rekindled between Hilda and Leon.

“I can’t give you the full plot line but I can tell you that Yildiz looks into her own heart and doesn’t like what she sees,” he said, to cheers from the workers. “She realises that Hilda’s happiness is more important than her own wounded pride.”

To a shouted question from one of the labourers, Captain Al Saheli said he had “no comment” on whether the subplot of Lieutenant Tevfik’s secret love for Azize, the wife of his close friend, Cevdet, will reappear in episode 88.

The news comes amid fractious relations between Turkey and the Gulf state, with Turkish President Erdogan continuing in his attempts to exert influence in North Africa and maintaining his support for Qatar.

“I understand that, and I respect the UAE’s decision,” said British expat car salesman, Tom Curran. “But that doesn’t help resolve whether Leon will be recalled to the battlefront and if Hilda will stop him, realising her toying with his emotions has gone too far and that she passionately loved him all along.”

As a “humanitarian gesture,” Omani police have reportedly instructed a group of Filipino officer cleaners to grow “large Turkish style moustaches” and act out future episodes of ‘You Are My Country’ in central Muscat each Friday at 7pm.