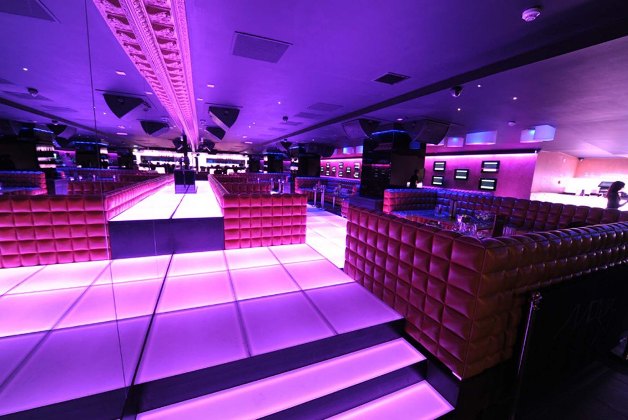 DUBAI: There were scenes of jubilation across Dubai yesterday as yet another f***ing nightspot aimed at conceited idiots opened with a glittering launch party.

Club Smug, which bills itself as ‘Dubai’s Most VIP’, opened last night on the 80th floor of the Murooj Millennium Media Marina Hotel and Spa, with thousands of the city’s most pretentious queuing to ostentatiously flash their cash.

As DJ Habibi 2000 span the latest chart hits from his laptop, the dimly lit bar throbbed with thousands of expensively clad morons supping hideously overpriced cocktails, munching on wagyu beef and foie gras canapés and dancing around handbags costing roughly the same as a family sedan.

“I love it here,” screamed one punter, as another 20-minute firework display went off to celebrate the fact he’d just bought another gigantic bottle of vodka for more money than his waiter’s annual salary.

“We’re absolutely overjoyed with the response,” said British owner Peregrine Farqua-Tosschops, who claimed Club Smug was the culmination of months of work.

“We put our best business minds together and decided that what Dubai really needed was another f***ing nightspot for tedious posers who think gratuitously flaunting their wealth is a sign of sophistication.”

Unfortunately, Club Smug will have to work hard to keep itself in the spotlight of Dubai’s rich and fabulous. Next week sees the opening of Tw@s, which claims to be the ‘World’s Only VVVVVIP nightlife experience’ and is said to enforce a strict ‘sunglasses on’ rule.