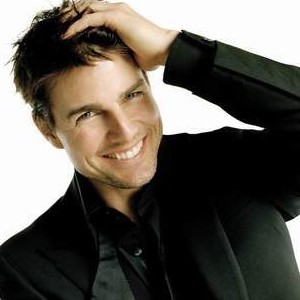 DUBAI: Tom Cruise has delighted Dubai residents by posing for photos alongside one of the city’s most famous structures.

The diminutive Scientologist, currently in Dubai to film Mission Impossible IV: Increasingly Possible, yesterday held a photoshoot next to the world’s tallest tower, the Burj Khalifa, a move that won praise from the local community.

“It was very humble of such a small man to stand next to such a tall building,” said one onlooker. “He looked completely ridiculous, like a tiny pea next to an elephant, but much smaller.”

“Everyone knows that the Burj Khalifa is enormous, but next to Tom Cruise it looked even bigger than usual,” said Mohammed Kadry, of the Dubai Visionary Skyline Committee. “We live in an era where keeping your buildings looking tall is a difficult task. Having someone as tiny as Tom to help us out is a huge advantage.”

Dubai authorities are now hoping Cruise will pose for similar photos next to some of the city’s other landmarks, making them appear much taller in the process.