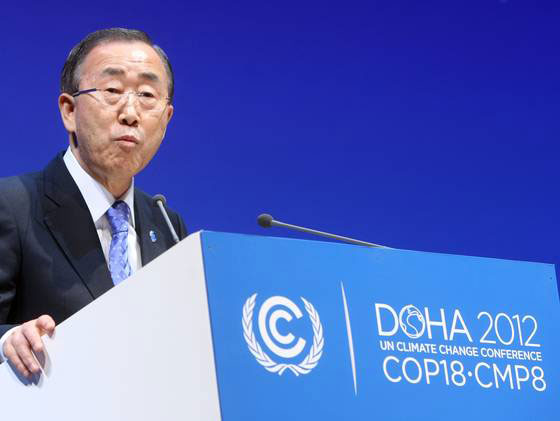 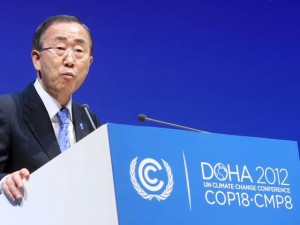 Banky Moon: Sweated like a “fat lass in a disco” in Abu Dhabi one August

DOHA: Amid stalled negotiations at the COP18 UN Climate Change conference in Qatar, tired delegates last night finally managed to iron out an agreement with few squabbles over details.

According to the wording of the new text, the members agreed that the summer months in the Middle East were “very, very hot”.

“I’m delighted that we’ve finally managed to agree on something regarding climate,” said UN Secretary General Banky Moon in his closing remarks. “Having been to Abu Dhabi in August and sweated like a fat lass in a disco, I fully appreciate the enormity of this issue.”