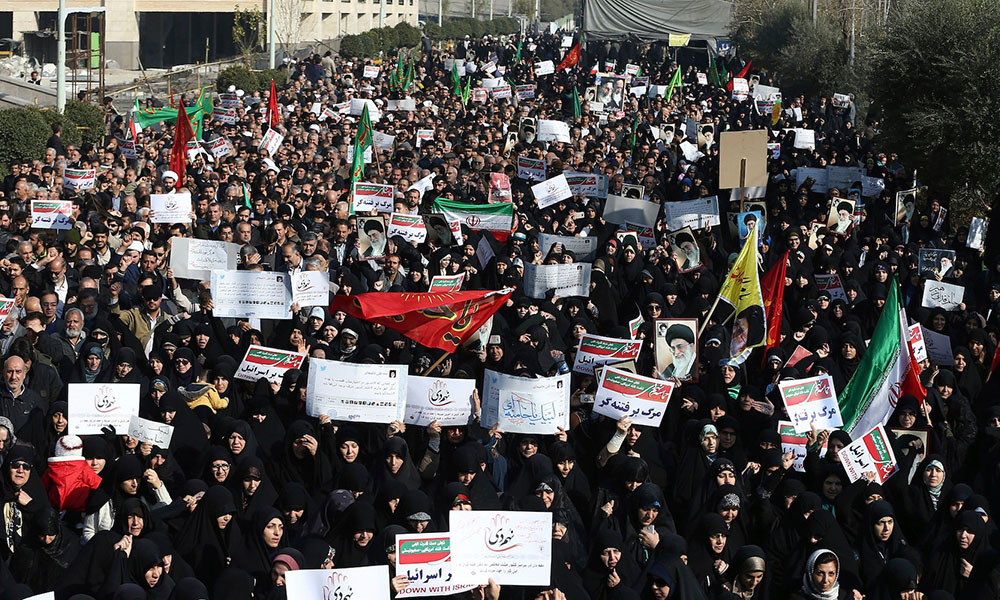 Donald Trump has compared the sizes of the ongoing anti-government demonstrations in cities across Iran to those that have been held to oppose his own leadership.

The President took to Twitter late on Saturday to claim that the Iranian protests were “much, much smaller” than the numerous anti-Trump rallies that had taken place in the US since his inauguration.

“More than three million people marched against Donald J. Trump on just one day alone in January, whereas Iran’s leaders can only attract a few thousand. So sad!” he messaged.