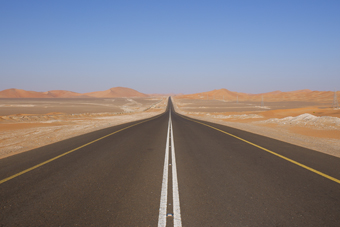 ABU DHABI: There were cheers last night across the UAE as the country was awarded yet another accolade, that of owning the region’s most boring road journey. At an event held in the Emirates Palace for Massive Car Middle East magazine, the Dubai-Abu Dhabi drive took home the top prize of ‘Most Dreary Car Journey’.

“It may be only about an hour’s drive, but that’s an hour of sheer, unstoppable tedium,” he told the crowd. “Only the bravest driver should attempt it on their own without a rather loud stereo and an ear-splitting playlist to keep them awake.”