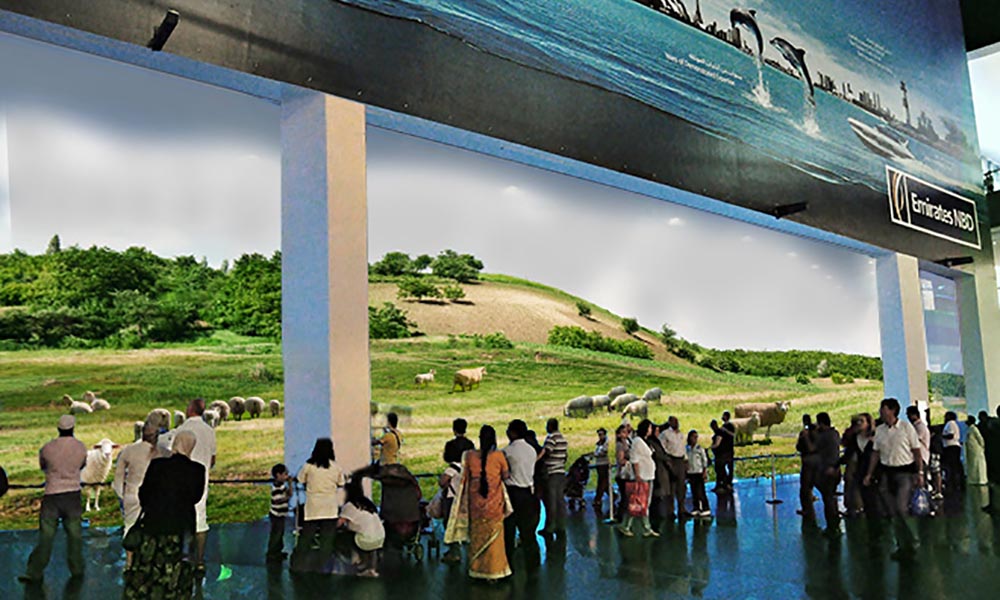 A new sound has joined the ringing of cash tills, swooning over the latest fashion items and other exciting noises that soundtrack life in The Dubai Mall: the baa-ing of sheep!

After months of development, Dubai Sheep Land finally opened its doors this morning, with thousands of shoppers and nature fans on hand to welcome its woolly, four-legged inhabitants.

A purpose built 1,000 square metre enclosure, Dubai Sheep Land features a natural woodland habitat populated by more than 300 sheep shipped in especially from around the world.

Visitors will be not only be able to watch the sheep from the special viewing gallery, thought to be the world’s biggest, but also go on nature tours inside the enclosure with specially-trained guides. Future activities will see daily herding sessions with a sheepdog.

But Dubai Sheep Land isn’t without its detractors. Several animal welfare campaigners and charities have claimed that keeping the animals in such conditions is detrimental to their health and will lead to overall suffering.

“All our sheep were born in captivity, some are even third generation sheep born in artificial conditions in other enclosures around the world,” said Baratund about the criticism. “To be honest, it would be more dangerous to let these animals into the wild.”

Whatever the effect on the animals, the response from visitors so far is that The Dubai Mall’s latest and greatest attraction is simply ‘baaa’-rilliant.

“I just love how close you can get to the sheep!” exclaimed Ramzi Fadda, 12.

“I heard so much about them before, but actually being here in the mall and seeing them in the flesh is amazing,” added Julian O’Henry, 29.

“Although I do hope they sort the smell of shit out soon, it’s putting me off my Starbucks”