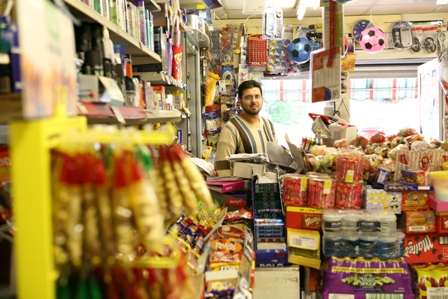 DUBAI: The opening of a fake branch of budget UK clothing store Primark might have made most of the headlines this week, but a Dubai-based businessman is hoping to turn the tables around.

Shopkeeper Abdul Ahmad, proprietor of the family run Ahmad & Sons Grocers in the district of Satwa, is taking legal action against Ahmad And Sons General Store, an independent shop in the UK city of Bradford.

“It’s absolutely cynical of them to copy our brand name for their own commercial gain,” an enraged Ahmad told The Pan-Arabia Enquirer, adding that the similarities between the shops were “frighteningly uncanny”.

“We both sell tinned food, we both sell cereal, we both even sell Mars bars. It’s just shameless.”

Ahmad has since sent a cease and desist letter to Ahmad And Sons, and is waiting for a response.