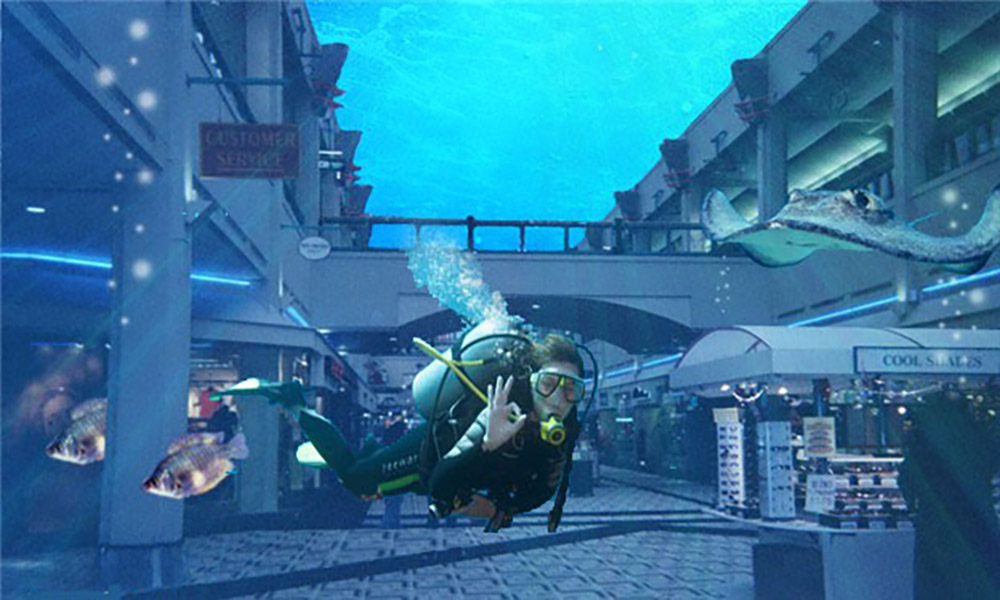 One of Dubai’s less popular malls is set to become the city’s new must-visit destination – after it is sunk into the waters of the Arabian Gulf, two kilometres off the Jumeirah coastline.

Mall Under The Waves (formerly Deira Sunshine Plaza) is expected to be ready for visitors by the second half of next year. The mall will – according to reports – combine the excitement of SCUBA exploration with world-class retail opportunities.

“Not only are we creating a luxury watersports facility for residents and visitors alike, we’re breathing new life into one of our older malls,” said project manager Leighton Buzzard. “We expect ‘submarine urban regeneration’ to become the buzzword of next year.”

Buzzard also confirmed rumours that some parts of the mall would remain open for business while underwater, and that “several” big-name brands had expressed an interest in leasing space.

“We’re inviting diving enthusiasts to wave goodbye to reefs and say hello to retail,” added Buzzard. “Where else in the world could you see starfish in Starbucks, or mingle with manta rays in Massimo Dutti? Only at Mall Under The Waves.”

Buzzard also suggested that, given the site location, Mall Under The Waves will be able to offer duty free discounts.

“For those who forgot to stock up at the airport, this could be the perfect destination – just make sure your wallet is waterproof!” he chuckled.