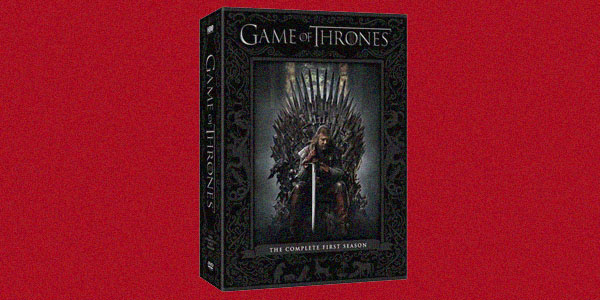 In a rare moment of unity, governments across the region yesterday came together to issue a stark warning that unless radical changes were made, the Middle East could soon be facing fresh disaster.

“We’re heading towards one of our biggest crisises, crisi, crises, whatever, in a generation, said the UN’s Arabia representative Alistair Barber. “And we need to act fast else the coming months could be catastrophic.”

The warning came just one day after a report by the UN stated that levels of DVD box sets in the region, what it described as a ‘vital tool in surviving the harsh summer months across the Gulf states’, were running ‘perilously low’.

The report, commissioned by the UN Department of Home Entertainment, claimed that supply side factors had seen the stocks of DVD box sets fall to 57 per cent less than this time last year, while the quality of new releases was at least 49 per cent lower.

“Unless you count Game Of Thrones Season One, which we’ve all seen anyway, we’re looking at the worst year for series-based TV entertainment in over a decade,” said Barber.

“I mean, do you really expect us to sit through summer with the umpteenth series of Dexter, Grey’s Anatomy or any of that vampire rubbish such as True Blood? There are going to be riots, for sure.”

The situation across many of the region’s DVD stores echoed the UN report, with stories of shelves lying empty as worried consumers frantically began stockpiling in preparation for their annual hibernation during the oncoming temperature rise.

“We had three broken arms and a bloodied nose over the last copy of Downtown Abbey Series 2,” said one anonymous store manager in Abu Dhabi.

“Things are so bad this year, we’re even down to our final two copies of the latest series of How I Met Your Mother, which is just barbaric” he added.

Several organisations are now urging regional governments to deploy what has become known as ‘Operation Barksdale’, which would see all five seasons of The Wire distributed to the most needy.

“It’s an expensive task, but that’s almost 60 hours of quality entertainment,” said Randy Joe Jnr, head of No Sweat, a NGO working to provide indoor entertainment for the poorest across the GCC. “We can’t have people stuck indoors with just old copies of Lost or Prison Break… there’ll be carnage.”

Next week will see the UN draw up an advisory guide that many expect will urge countries to encourage their populations to ration their DVD box sets supplies and make all-day watching sessions illegal.

“It’s going to be a very tough few months,” said Barber, who reassured that 2013 would be far less of a concern.

“After all, next year we’ll have the new series of Mad Men out, so it should be fine.”
Continue Reading
Advertisement