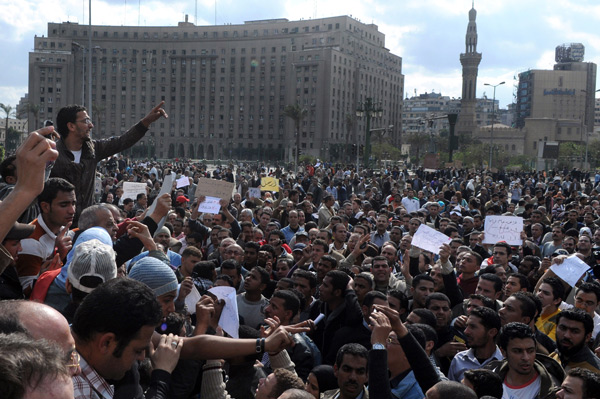 “All these people seem to do at the moment is rally. Rally, rally, rally. It may be good news for the evolution of democracy or whatever, but from a lexical point of view, it’s a nightmare,” said Isaac Brewster, who is covering the rally-heavy conflict for the Washington Post.

“We’ve been padding some articles out with talk of people ‘massing’, but that’s just kind of vague,” added Anita Ahmed of the Guardian. “We’ve tried ‘vigorous assembling’ but that just sounds weird. And don’t even get me started on the paper that tried to solve the problem by turning ‘Tahriring’ into a verb.

“Basically, it looks like – until this whole sorry situation is resolved – Western readers will just have to get used to a minimum of 20 ‘rallies’ per story.”

“We are sorry that this is causing a problem for Western journalists,” said a protestor on Tahrir Square. “There are over 90 synonyms for ‘rally’ in Arabic, so for us it’s never really been an issue.”