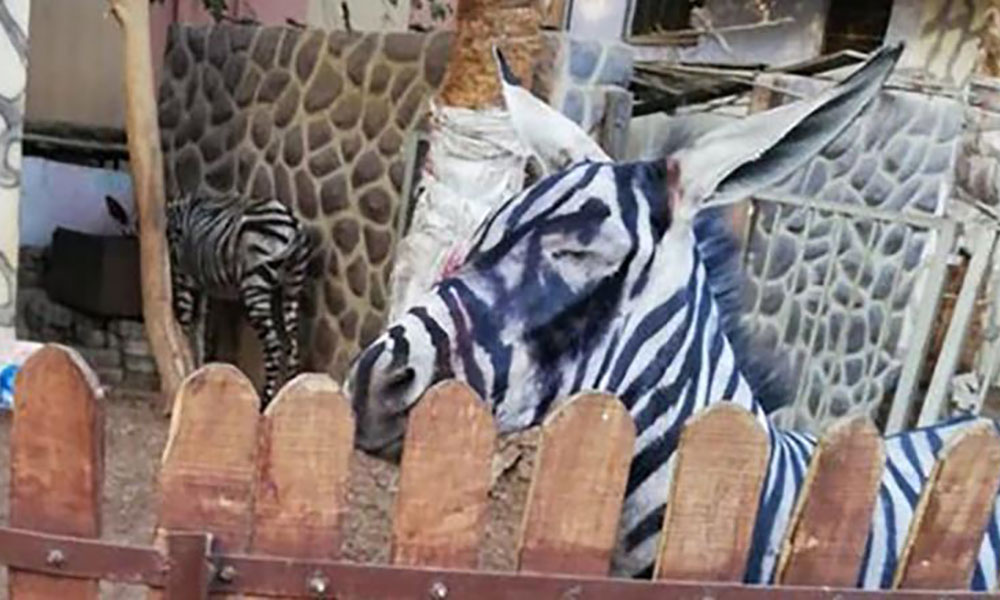 Egypt has accused Israel of painting a donkey in order to disguise it as a zebra.

The creature was spotted in a zoo in Cairo, and despite initially denying that the animal was in fact a donkey, authorities have now claimed that Israeli intelligence was behind the move.

“This animal was clearly trained in the art of subterfuge by Mossad in order to infiltrate our country and extract top secret military data,” said the director of the zoo, Mohammed Sultan. “Thankfully, a quick-witted individual was able to see through the four-legged agent’s disguise and stop this disgraceful operation in its tracks.”

Authorities are now calling for the donkey to be executed.