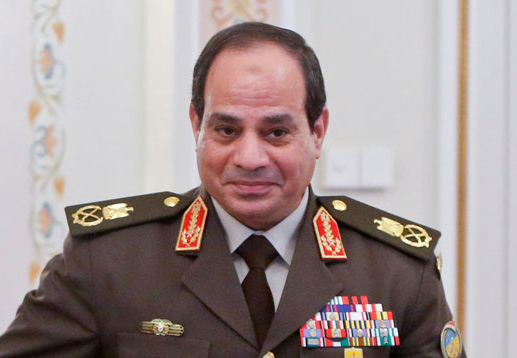 CAIRO: Egyptian funny man Bassem Youssef may be off TV screens until next month’s crucial elections, but his hit satirical show Al-Bernameg is set to continue with a brand new host.

In a shock announcement made this morning, the MBC Masr channel behind the programme revealed that they had brought in non other than former military chief and presidential hopeful Abdel Fattah El Sisi to take over presenting duties, starting this Friday.

“We’re absolutely overjoyed that Abdel has signed up,” said MBC Masr spokesperson Fahad Roulle. “He’s been in the studio rehearsing the past few days and I have to say he’s an absolute blast, a born comedian. Youssef may be the Jon Stewart of the Middle East, but we think Sisi could be the Stephen Colbert!”

Although Youssef was removed from the show to avoid influencing voters, MBC Masr say it has had assurances from the ex army general that he won’t attempt to sway public opinion in his favour while on air.

“He’s promised to keep the show light and as free from politics as possible,” said Roulle. “That said, his Morsi impression has us all in stitches!”