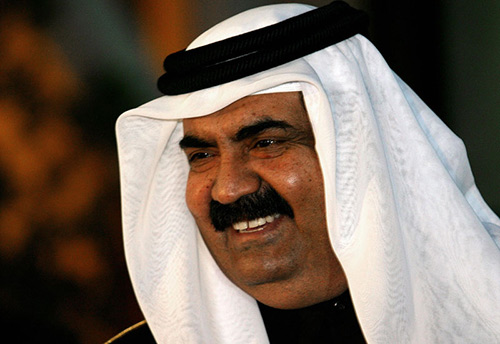 DOHA: Just days after it was revealed that the Emir of Qatar, Sheikh Hamad bin Khalifa al-Thani, was preparing to hand over power to his son, it has emerged that the ruler of the gas-rich state made the decision in order to pursue other personal projects.

“[al-Thani] has been ruler since 1995 and simply felt it was time to move on,” said a source within the royal family. “He’s had an incredible amount of success at the helm of Qatar, having seen it pursue billion dollar investments across the world and win the hosting rights to the FIFA World Cup in 2022. But after a long period of deliberation, felt that after almost two decades he’d taken the country as far as he wanted and that it was time to look for the next exciting challenge.”

The source also added that al-Thani had already been offered the Emir’s position at several of the world’s “leading states”, but that he was going to “spend some time with his family first before making a decision on his future”.

What will Ahmadinejad do next?
IN PICTURES: Inside the Taliban’s plush new Qatar offices
Advertisement