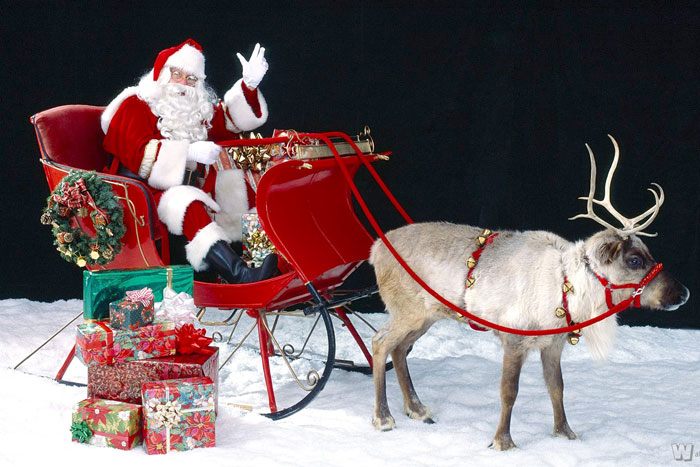 Father Christmas, brought to you by Emirates

DUBAI: Protests have flared up across the globe following an exclusive sponsorship deal between Santa Claus and Emirates airlines.

The five-year deal, announced in Lapland this morning, will see Claus – also known as Saint Nicholas – restrict his festive cheer-spreading to countries on Emirates’ current list of destinations.

As a result, critics say, hundreds of millions of children will wake up to empty stockings on Christmas day. “This is an outrage,” said a visibly shaken Marcel Hummer, 5, in Berlin. “They are persecuting us for not being part of Emirates’ exciting, globe-spanning travel network.”

Despite the controversy, it seems likely that Father Christmas – whose previous sponsors include Coca-Cola, ExxonMobil and Black & Decker – will be ho-ho-ho’ing all the way to the bank, with the deal estimated to be worth in excess of $200 million.

Under the agreement, Claus’ iconic sleigh will be branded with full Emirates livery, and fitted with the airline’s award-winning ICE entertainment system. Santa’s elves will also be required to switch their costumes for the distinctive ‘fez and headscarf’ uniform sported by all Emirates cabin crew.

“We see countless synergies between the achievements and goals of Emirates and Mr Claus,” said a spokesman. “We are both concerned with bringing a magical experience to a global audience.”