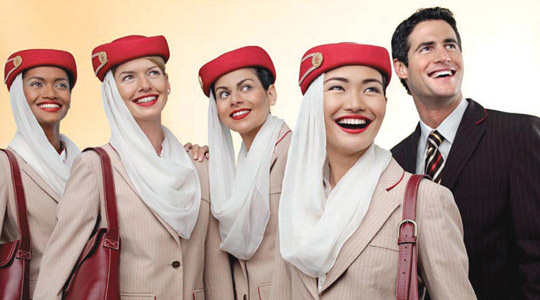 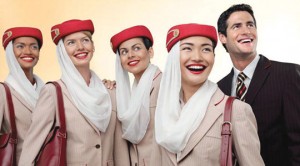 A photo of the alleged incident taken by an eyewitness

DUBAI: Emirates Airline has promised “a full investigation” after five crew members were seen laughing and joking while a baby kitten dangled from a 12th floor balcony.

“Emirates neither supports nor condones animal cruelty,” said a spokeswoman. “We have launched a full investigation and we have provisionally suspended five employees while we prepare a critical event report.”

The incident happened minutes after the ethnically-mixed group of four female and one male employees agreed to gather in front of a softly-glowing orange light on Dubai’s Sheikh Zayed Road.

One blonde-haired air hostess could be heard taunting the kitten while the others laughed loudly.

“Go on fall, you little fluffy b*****d,” she said, in a YouTube video uploaded by a shocked passerby.

“You haven’t got a chance! Jump you b*****ks,” screamed an Asian air hostess at the juvenile feline.

“I am appalled by what I’ve seen in this video,” said animal rights campaigner Yvonne Rabin-Sinclair. “Any decent human being would have run to save the kitten instead of standing there sneering and wishing for it to fall.”