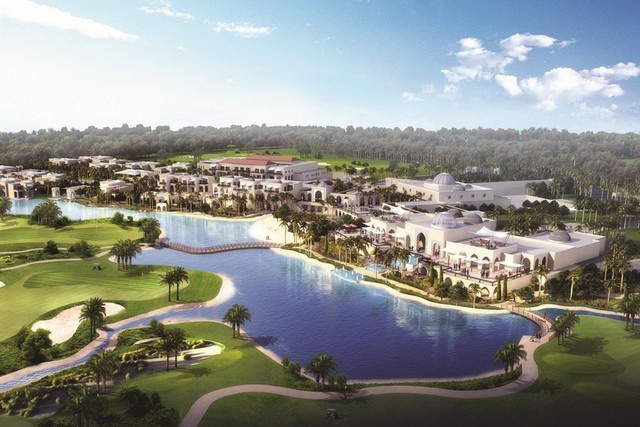 Environmental Officer David Hasslett stared at a photo of his young, idealistic self as he signed off on a Dubai “luxury” rainforest last week.

“This project reaches all international standards of environmental excellence and sustainability,” wrote 42-year-old Hasslett, as he looked in morbid silence at a framed picture of his bearded 20-year-old self.

The giant rainforest, which will require 20,000 gallons of desalinated water each week, and will house imported animals from Africa, is to be built near the club house at the new Donald Trump Golf Course in the gated Damac Properties’ Akoya Oxygen development.

As Hasslett signed off on his environmental impact report, which described the project as “excellence in sustainability solutions”, he picked up the college yearbook photo, reading the engraved quote beneath: “I’ll do all I can to help save this beautiful planet” – David Hasslett, Class of ’94”

“Please hold my calls for the rest of the day,” the 45,000 dirhams-a-month environmental officer told his secretary. “I’m going to need some time alone. Some time…alone.”

“Trump Golf Course patrons will be able to take tours of the jungle in between rounds on the state-of-the-art 18-hole course,” Hasslett noted in his report, softly running his finger over the photo of his smiling, hopeful, young self, taken 22 years ago at an environmental conference in England.

“After a thrilling encounter with jungle animals, golfers can relax in the Rainforest Spa, which will offer hydrothermal treatments among rock pools and steam baths,” wrote Hasslett in the final paragraph of his report, before walking to the window and staring out at the desert.

“I used to…believe,” he said quietly. “I used to…” his voice trailing off into eerie silence.

Hasslett later attended the launch of the new project, in which British expats chased a cheetah around in a convertible sports car to the blaring sound of Stevie Wonder’s ‘Jungle Fever’.