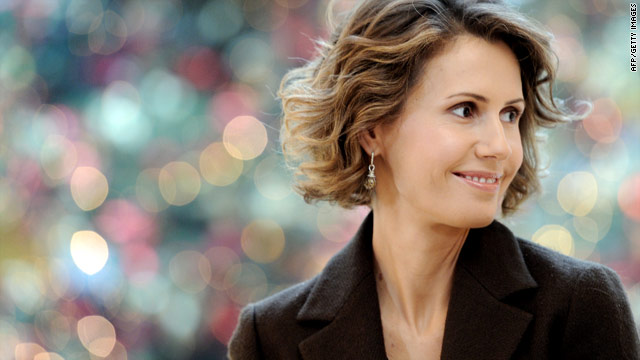 Regional publishers are worried that articles on dictator wives and the nice clothes they wear, such as this one in Vogue last year, might soon be a thing of the past.

With the news that Syrian first lady Asma al-Assad had been hit with EU sanctions and an ever-so-slightly tarnished reputation, fashion magazine editors have spoken out across the region complaining about the shortage of glamorous tyrant wives.

“We’re really running out of dictatorial divas which we can shower with praise for having such fabulously expensive tastes in clothing and jewellery paid for from their country’s coffers,” said Fruity Poshington, editor of Dubai-based Hautocratic Couture fashion and lifestyle magazine.

“First there was Leila Bin Ali, then Suzanne Mubarak and now it looks like we’re going to have to bin our Asma special. It’s a complete disaster,” added Mae Dadza-Banka, founder of Bahraini lifestyle and fashion magazine HerMous.

“Who are we expected to plaster on our pages with headlines such ‘First Lady of Fashion’ and articles that gloss over the brutally oppressive regimes they reside over and instead focus on the nice dress they wore to some function or other?”

Many experts are now warning that unless new despotic autocratic other halves with a taste for hideously overpriced outfits emerge soon, the region’s publishing industry could soon face the same crisis that hit the Philippines in 1986, when 16 shoe magazines closed after Ferdinand and Imelda Marcos were forced into exile.