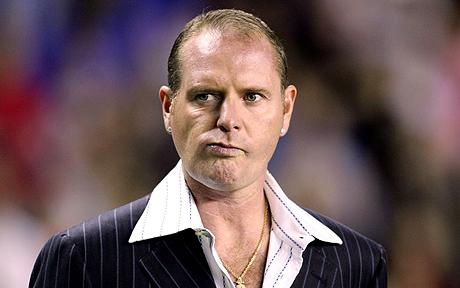 MUSCAT: An Omani property company was at the centre of a new scandal yesterday after it was claimed it had falsely used the name of a well-known international celebrity to extort money from investors.

According to reports, GBH Properties tempted individuals to purchase plots of land on its luxurious $6 billion Gazza Strip resort by capitalising on the name of renowned English footballer Paul Gascoigne. The 16-acre project, located near Muscat, was due for completion in late 2010, but construction has yet to begin.

Eighteen investors claim that they paid over $10 million for properties on the development, and were convinced by claims from the developers that Paul Gascoigne himself would be among their neighbours.

“I feel like such an idiot,” one victim told The Pan-Arabian Enquirer yesterday. “I was just so excited about the chance of being able to pop over to Gazza’s villa with some chicken and a warm can of wheat-based beverage that I signed instantly.”

Other victims echoed this view. “We all had visions of the children playing football with Paul on the front lawn, and of him amazing them with stories of playing the World Cup in Italy, scoring that incredible goal against Scotland and vomiting all over the walls of a Newcastle travel tavern,” said another investor. “We were totally duped.”

BY THE WAY. IF YOU’RE WONDERING, THIS IS NOT TRUE. IT’S ALL A JOKE. THANKS