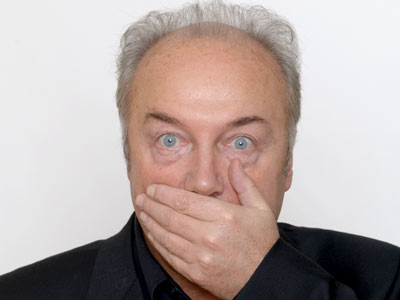 TEHRAN: George Galloway has been dropped as the face of Iran’s AhmaDinnerJacket clothing range following his comments this week regarding Julian Assange.

In a podcast published on YouTube, the politician claimed that the charges against the Wikileaks founder “don’t constitute rape”, but rather could be construed as “bad sexual etiquette”, provoking outrage among anti-rape campaigners.

After pressure from various groups and charities, Iranian president Mahmoud Ahmadinejad this morning announced that Galloway’s contract as brand ambassador for his high-end AhmaDinnerJacket range would be terminated “with immediate effect”.

“While we wish George the very best for the future and thank him for his fine work in promoting our collection of high fashion across the globe, but we have been forced to make this decision to avoid being associated with the negative publicity surrounding his recent comments,” Ahmadinejad said in a statement.