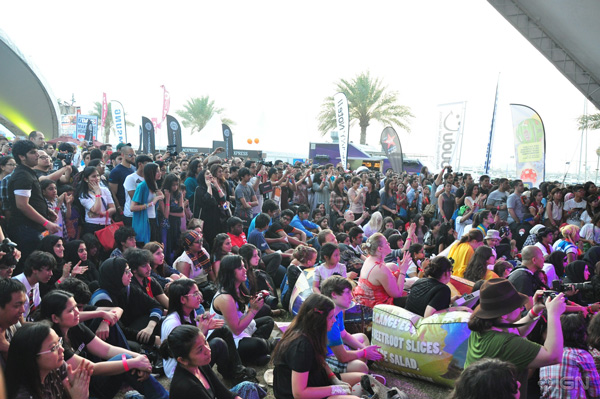 DUBAI: As part of ongoing efforts to introduce its brand to a wider audience, the Gulf Cement Corporation this morning announced that they would be using the Middle East Film & Comic Con as a platform to reveal their own homegrown corporate superhero.

Ready-Mix Man, who will soon feature in a number of television and radio adverts, is expected to be unveiled at the three-day event this afternoon, followed by a Q&A session and live interactive demonstration.

“It’s all about reaching out to an emerging demographic and finding innovative ways in which to increase brand-awareness for our award-winning range of consumer and industrial cement products,” said Gulf Cement Corp’s corporate brand manager Coco Lomax.

“Comic Con is the perfect opportunity to showcase the ‘superhero’ powers of cement, while at the same time keeping with the entertaining spirit of this fantastic event.”

Ready-Mix Man’s abilities are said to include setting in under 20 minutes and being able to keep for up to half a year after opening.

“Ok, so perhaps he doesn’t shoot laser beams from his eyes, or even have cool retractable claws, but we feel Ready Mix’s quick drying skills and extended shelf life are just as ‘super’, and the sort of superpowers needed when it comes to building repair and maintenance.”