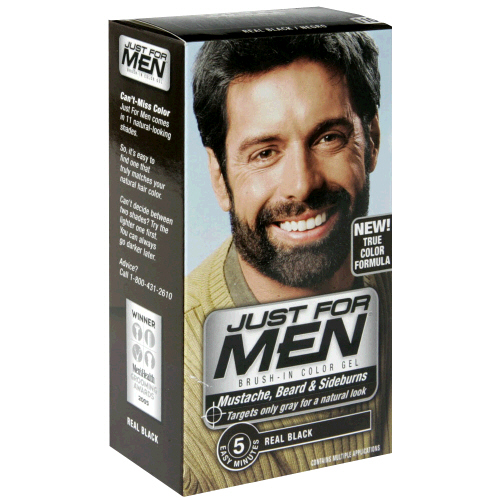 Investors today rushed to dispose of Just For Men shares as Colonel Gaddafi’s grip on power in Libya looked like slipping. Having already witnessed Hosni Mubarak fall in Egypt just two weeks earlier, the toppling of Gaddafi would see a second major source of revenue dry up for the home hair-dying giants.

“We’d only just managed to stabilise the share price following the indictment of Silvio Berlusconi,” said regional senior marking manager Wayne Hasselhoff. “But this twin blow to our emerging market strategy might be the death knell.”

Recent reports from Cairo suggest Mubarak spent upwards of $20,000 on Just for Men products every month, as well as employing two full-time attendants to apply the gel that promises to get rid of all your grey in five minutes. “He made us watch Robert De Niro in Goodfellas before every appointment,” said one attendant, on condition of anonymity. “Just so we’d know how he liked it – and also what would happen if we screwed up.”

Meanwhile, Gaddafi’s regularly maintained hairdo was reportedly topped up with Just For Men each week by a team of 50 uniformed and fully-trained virgins.

The company had created a North African despot division as recently as 2005, following the US’s sudden decision to reopen diplomatic relations with Gaddafi.

Analysts are saying the hair-dye market is still buoyant in the US, however, especially as a selection of desperate old men vie for the Republican presidential nomination in the coming 18 months.