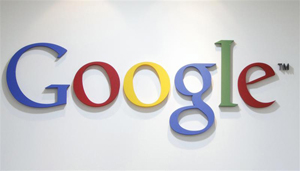 TEHRAN: A fresh spat has emerged between Iran and Google, this time over a font.

Last week, Iran issued a warning to the internet giant that it would face an official complaint if the body of water separating the country from its Arab Gulf neighbours wasn’t labelled as the ‘Persian Gulf’ on its popular Google Earth site.

While this issue is yet to be resolved, Iran this morning raised another grievance after it emerged that a mischievous Google Earth technician had changed the font used to name Iranian cities to Comic Sans.

“Even a moron knows that Comic Sans is the shittest font and until Google rectifies this by changing the names on its Iranian maps to something more dignified – maybe Baskerville or Garamond in Bold – then we will file an official complaint.

“And they better not go using Wingdings,” he added.

Petra to be renamed ‘That Place From Indiana Jones’
Egyptians still haven’t heard who they should vote for in country’s first free, open elections
Advertisement