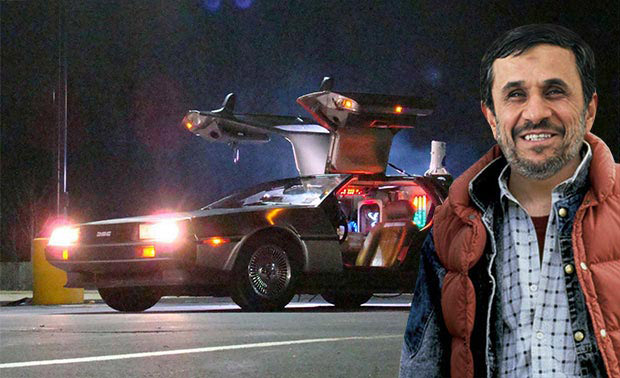 TEHRAN: Just days after an Iranian scientist claimed to have invented a time machine enabling people to see into the future, experts have revealed that such a product already exists on the market.

Speaking to Iran’s Fars news agency, Tehran-based Ali Razeghi said that his new ‘Aryayek Time Traveling Machine’ could predict particular events up to eight years into the future. However, a team of experts in Germany has since announced that Razeghi’s technology – which he claimed could “easily fit into a computer case” and had “98 per cent accuracy” – was actually just a basic calendar.

“We were all very excited when Mr Razeghi unveiled his new time travelling machine,” said Dr Lothario Eisenegger of the European Institute of Invention. “But when he described how the device’s complicated algorithms would be able to predict which day of the week birthdays would fall on, or whether Christmas Day would be on the weekend, a few of us started to have our doubts.”