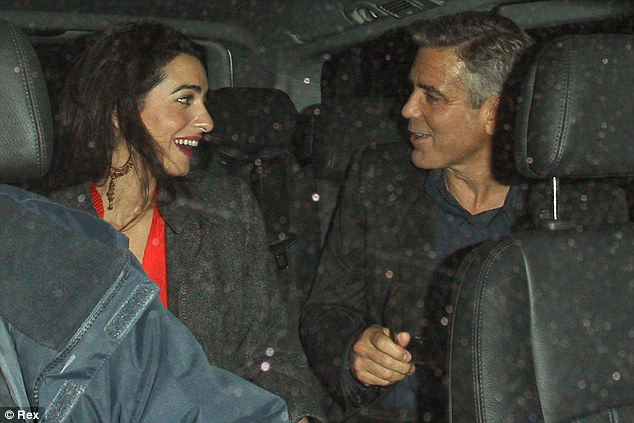 Groups across Israel were this morning calling for international condemnation and possible military action against hot Lebanese women following reports that George Clooney had proposed to his girlfriend Amal Alamuddin.

The Batman & Robin star, who only last year claimed to have had no marriage aspirations, is believed to have been showing off an engagement ring with the Beirut-born barrister over the weekend, provoking a wave of anger from fans across Israel.

“We cannot allow the world to sit idly by in the face of this unprovoked act of terror,” said Lydia Cohen of the Tel Aviv George Clooney Appreciation Society.

Cohen, echoing a call being heard across Israel, is now urging for military strikes against all attractive single Lebanese women to prevent such a situation from arising again.

“These terror cells need to be dealt with swiftly before they have time to ensnare more Hollywood heartthrobs,” she added.

Meanwhile, many groups expressed concern that Clooney, already considered to harbour liberal views, will have been corrupted further by Alamuddin, who will likely seek to influence the Confessions of a Dangerous Mind actor’s future cinematic choices.

“Clearly she’s already been feeding poor George lies and we’re no doubt going to be seeing him suddenly involved in a load of bleeding heart nonsense about settlements, injustice or other pro-Palestinian mumbo-jumbo. The great anti-Semitic takeover of Hollywood has begun.”

Israeli fears appear to have been justified this morning with the news that Clooney is now favourite to take the lead in upcoming Middle East rom-com, You Had Me At Jihad.