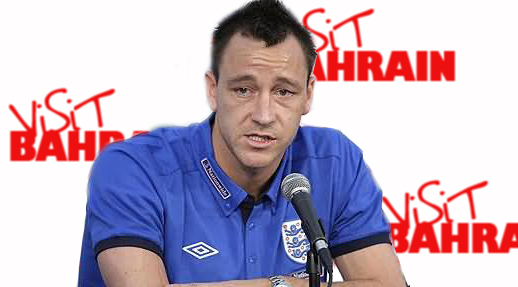 The Chelsea captain was chosen for his “impeccable character and instant likability”, according to Tourism Authority spokesman Hadia Chalmers, speaking to journalists at the announcement this morning.

“Terry was just the perfect choice,” she added, before admitting that Mel Gibson and Saif Gaddafi had also been considered.

“I look forward to taking my wife Toni on many summer holidays in Bahrain,” said Terry at the unveiling ceremony. “Especially when I need to make up for some sort of torrid affair with a teammate’s girlfriend or something.”