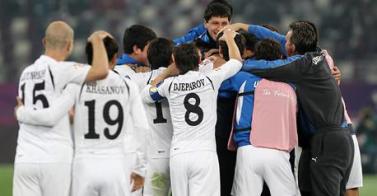 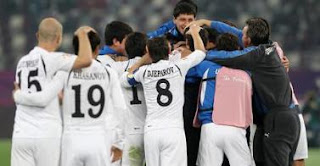 AMMAN: After a heart-wrenching loss to Uzbekistan in the quarter-final of the Asian Cup, Jordanian officials were quick to point the finger at the organising country. Qatar, they said, had provided facilities that were “almost perfect in every conceivable way”.

A quick two-goal brace from Uzbek striker Ulugbek Bakaev just after half time was enough to see the plucky Central Asians through to their first ever semi-final, but the immaculate playing surface and spotless changing rooms left the Jordanians fuming.

“When you are used to playing on a ploughed field in Irbid, at least one corner of which we suspect may still be home to land mines from the 1967 war, it is very difficult to adjust to normal conditions,” midfielder Amer Deeb admitted after their 2-1 defeat on Friday.

“The showers were hot, the balls completely full of air and some of the goals actually had crossbars,” he complained.

“The Uzbeks, with their experience of the Russian leagues, were definitely at an advantage… you could tell their passes weren’t allowing for a 7-degree slope down the left-hand touchline.”

The Jordanian Football Association demanded a full inquiry as to why they had not been alerted before the tournament that conditions might approach the level of “professional”.

“This is not the Asian way,” said one insider, bemoaning “outside influences” for the first-class hotel, food and relaxation facilities.