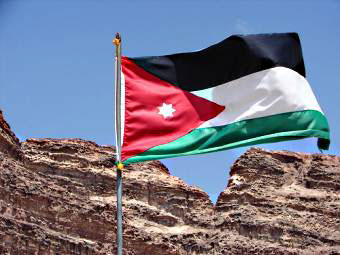 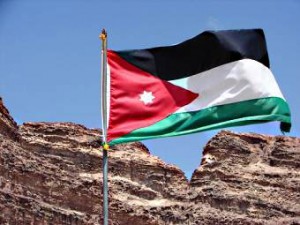 AMMAN: Jordanians are now closer than ever to being on the brink of starting to think about planning to do something about whatever it is they’re feeling, according to new evidence. And, for this small desert country, it’s something of a first.

For years, major media outlets have been sending journalists to the country to examine just how close Jordan was to a widespread eruption of something newsworthy.

But with Egypt, Libya and now Syria already consumed by history-making change, reports suggest it is now Jordanians who are finally moving, step by step, towards something regional experts are predicting could be “quite big… you know, for Jordan.”

“Now’s definitely the time for change,” says Ali, a member of the historically moderate engineers union in Amman. “All we have to do now is finally agree on what kind of change we want. Personally, I’m in favour of something on pensions, that’s always a popular issue.”

But Ali added a note of caution to would-be revolutionaries. “People in the region tend to call for change on Fridays when most of my colleagues, if they’re actually out of bed, are about to tuck into lunch. That can impact on the degree of change we’re able to support.”

According to Nour, an activist blogger who has never been afraid to voice her concerns to close friends in private, a mass movement could literally form at any time.

“There’s real anger here,” she said. “And the minute we find a cause to rally behind, the people will explode. They’re ready. Although personally, unsustainable debt-to-expenditure ratios might be the main issue for me, my friends are raging about gas prices.

“Seriously, we’ve had seven years of rising prices, and although we’ve kind of always got on with it, this time it could be different. You never know.”

The question on everyone’s lips now is simply when will Jordan feel the full force of the Arab Spring.

“It might be a while yet as the new James Bond has just come out,” admitted Nour.