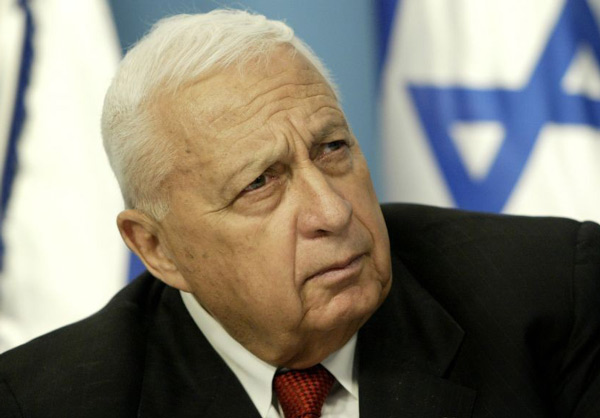 With former Israeli prime minister Ariel Sharon reportedly close to death, journalists the world over have revealed that they are finding his upcoming obituary among the most difficult articles they’ve ever had to write.

“When you put together these kind of things, you’re generally expected to offer a small modicum of respect. Because it’s an obituary, right, and the person is going to have died,” said Terence F. Wallbanger, chief reporter at the South Canberra Gazette in Australia.

“But with this guy… someone who was nicknamed ‘The Bulldozer’ for f***’s sake… to say it’s been tough is to put it mildly. What with his time as defence minister when he orchestrated the invasion of Lebanon and… jeez, how am I supposed to write something even remotely courteous about the man responsible for Sabra and Shatila? Then there’s when he was PM and the construction of West Bank settlements and that wall. It’s an absolute nightmare… my piece is currently reading more like a slash horror story about a psychopathic killer than a quiet, sombre look at one man’s life.”

“Even if you go back before Sharon got into politics, all the evidence suggests he was nothing short of a murderous shit. I mean, he headed up the Unit 101 special forces team who were behind one of the worst massacres of the century,” she exclaimed.

“We’re desperately trying to find anything at all half decent to say about him. At the moment we’ve got that ‘he cooked a good omelette’ and ‘had a nice garden’, but we’re not even sure if these are true.”