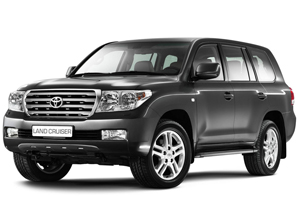 TOKYO: The Toyoto Motor Company last night issued a warning regarding a potential electrical fault in thousands of its popular Land Cruiser cars sold across the Middle East.

According to a press release, the fault has been known to occur when the vehicles reaches a speed “in excess of 120kmph,” and sees “the creation of an electromagnetic field around the front bumper which draws the car closer to the car in front”.

Technicians in Japan have also noted that the build up in magnetic energy can cause “the front headlights to flash continually and horn to go off intermittently.”

Should the cars be recalled, it could seriously hinder this year’s World Tailgaiting Championships, one of the region’s most popular events being held in Doha in November.