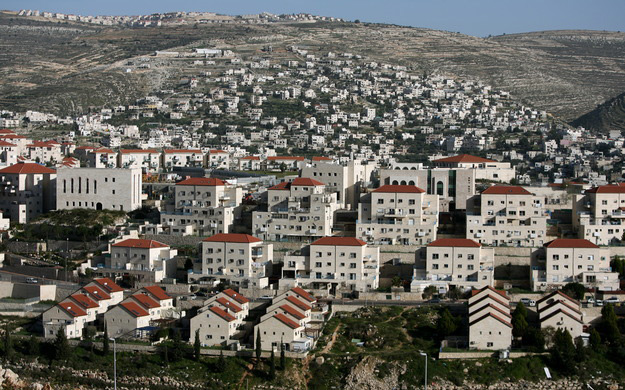 JERUSALEM: Following yesterday’s authorisation of 1,200 new homes to be built in illegal West Bank settlements, all sides involved in the newly restarted Middle East peace process were in agreement that the latest housing development would provide a definite boost to the negotiations.

“This is exactly the sort of rational, forward-thinking move we were looking for to help get discussions going,” said US Secretary of State John Kerry, who had been integral to bringing the Israeli and Palestinian parties back to the table. “Once again, Israel has shown that when it comes to taking bold steps in the search for a viable, lasting solution, it really does mean business.”

Palestinian Rana Habib, 45, said that the new settlement announcement had helped assure her that the Israelis were truly interested in finding peace.

“To be honest, I was sceptical when I first heard that the talks were back on,” said the mother of four, who was recently evicted from her family home in East Jerusalem after failing to get the required planning permission for a new window. “But seeing the drawings for these 1,200 delightful new homes for Jewish settlers on colonies across the pre-1967 Green Line has made me believe that this time it could really, really work.”

The timing of the development’s unveiling was also looked upon favourably by many regional observers.

“Authorising these settlements on occupied Palestinian land just three days before the start of the first substantive negotiations in over five years truly indicates that Israel is committed to the process right from the beginning,” said Middle East commentator and author Feras El Batout, 53.

“It’s clear now that Mahmoud Abbas and the Palestinian people have a partner for peace in Netanyahu and his government. We’re all just so excited to see how many more of these developments built for settlers probably flown in from Brooklyn or somewhere will be announced before the historic solution to this decades-old conflict is finally signed next May.”

At the time of going to press, Israel had reportedly “further underlined its dedication to everlasting peace” by launching a full-scale ground invasion of Gaza.

You may also like...
Related Topics:israel, middle east, palestine, Satire