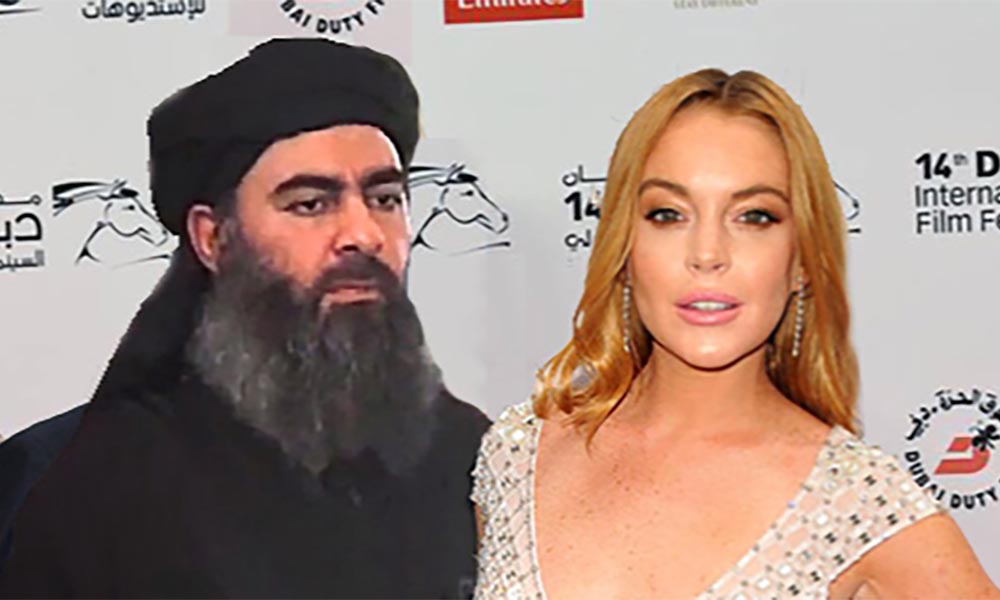 After weeks of chatter on celebrity gossip sites, the Middle East’s hottest couple have finally gone public with their relationship.

Appearing together for the first time, new Dubai resident Lindsay Lohan and ISIS leader Abu Bakr al-Baghdadi hit the red carpet for the closing ceremony of the Dubai International Film Festival, smiling for the cameras, signing autographs and looking every inch the perfect pair of lovebirds.

“They couldn’t keep their hands off each other,” said one attendee. “Both were laughing and giggling and looked absolutely adorable together.”

Al-Baghdadi may currently be fighting to maintain control of his shrinking Islamic caliphate and have a $25 million dollar bounty on his head from US authorities, but onlookers claimed he appeared at ease thanks to his A-list Hollywood girlfriend.

“To be honest, he just seemed absolutely smitten,” said one. “And Lindsay looked delighted to be able to show off her new beau.”