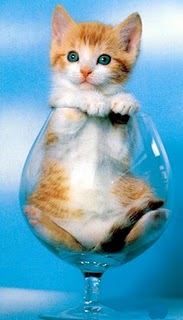 ABU DHABI: An Omani photographer has created a stir at the second Abu Dhabi Art fair, which closes tomorrow after three days of exhibitions, talks and workshops.

Ahmed Hassan, a 32-year-old based in Muscat, sold his entire catalogue on the first day of the event to the tune of $14 million, with individual dealers and galleries from across the world rushing to add his iconic imagery to their collections.

‘Kitten In Wine Glass’, taken in 2008, went for $4 million to a private collector in New York, while 2005’s ‘Motorbiker Cradling Baby’ was snapped up by a London gallery for $3.5 million. Several pieces, including ‘Workmen Eating Lunch on Skyscraper Scaffolding’, were picked up by the Abu Dhabi Arts Council to be displayed on Saadiyat Island.

Speaking to The Pan-Arabia Enquirer from the event, Hassan said he was delighted at the response, but hoped that pieces such as ‘Kitten In Wine Glass’ were made available to the public rather than kept behind closed doors.

“Just look at his liddle face,” he said of the work.