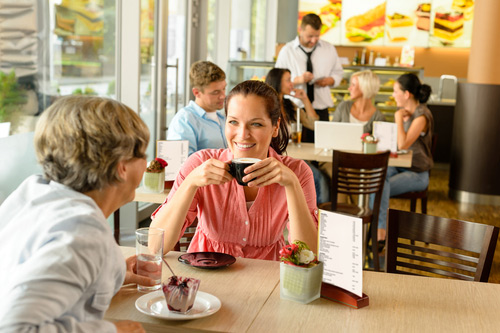 DUBAI: The opening of a new café in Dubai has, according to sources, made up for a year devastated by wars, natural disasters and economic woes.

Residents living close to the French-themed patisserie, which features a menu boasting over 20 different international coffee blends, have been in unanimous agreement that its arrival has helped make up for almost 12 months of tragedy felt across the world.

“You know, after everything that has gone on in 2013 – typhoons in the Philippines, the threat of war with North Korea, Syria… god Syria – I just wanted to forget this year had ever happened,” said Canadian ad sales executive Penni Litmonton. “But this new café has arrived right in the nick of time.”

Lebanese fashion blogger and stylist Reny Hezzam, who lives in the same block as the new café, was in similar agreement.

“My head has been all over the place this year with worry about the political situation in Egypt, the ongoing refugee crisis in Syria and the fact that I can’t get a decent cappuccino within walking distance of my apartment. I’m just so grateful that 2013 has managed to end on at least some sort of high,” she said.

“Hopefully it’ll give the café next door a bit of decent competition as it has been getting rather complacent of late, especially with its eggs benedict.”